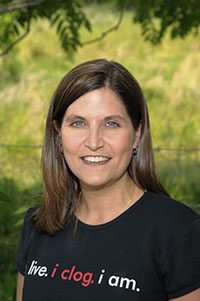 Marci Rickard has clogged for over 31 years, dancing for 18 years and directing and instructing for 13 years. Throughout her clogging career, she has had the privilege of directing two National Championship clogging teams (1999 Amateur Hoedown Championship Team; 2007, 2008, and 2009 Amateur Hoedown Championship Team). Throughout her clogging career, Marci has had the experience of dancing on numerous championship clogging teams. She was awarded a clogging scholarship to attend Mars Hill College, home of the National Championship Bailey Mountain Cloggers. Marci has traveled domestically and internationally performing and teaching clogging. A few highlights include clogging in the Opening Ceremonies of the 1996 Centennial Olympic Games, Walt Disney World’s televised Easter Parade, Australian National Clogging Convention, and Ecuador’s International Fruit and Flower Festival. Marci is married with two daughters, Bailey and Riley. 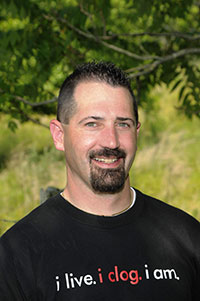 Ryan began dancing in 1982 and competed with several well known competition clogging teams including the Georgia Pineywood Cloggers, Melody Hoedown, Leather ‘n Lace, and Power N Precision. He has thirty years of clogging experience as a dancer, choreographer, team director, workshop instructor, and CCA judge. He began teaching clogging at the age of fourteen and directed the Buckshot Mountain Dancers while he was in junior high school and high school. He also was the director/choreographer of Unlimited Power, an Atlanta team, from 1995 until 2001. Ryan was awarded a clogging scholarship to Mars Hill College in 1991, and he danced with the college’s award winning Bailey Mountain Cloggers from 1991 until 1995. He served as captain of the BMC team and also choreographed routines for the group. He has won numerous awards in individual, duo, and duet competition, and he has been a member of ACHF’s All American Team, NCHC’s All Star Team, and CCA’s All Pro Team. Ryan was one of the founding board members of Clogging Champions of America in 1997. He has performed on the Hee Haw television show, at the Grand Old Opry, in the 1996 Centennial Olympic Games, and at Walt Disney World. He has traveled internationally to be a guest instructor at the 5th National Australian Clogging Convention in 2000 and to dance in Ecuador’s International Fruit and Flower Festival in 2004. Ryan is married to Marci and is the proud father of his two clogging daughters Riley and Bailey. 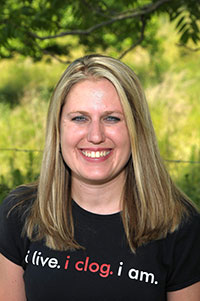 Jana began clogging in 1982 at the age of five. She has danced with several award winning competition clogging teams including the Golden Melody Cloggers, the Buckshot Mountain Dancers, Unlimited Power, the Dixieland Dolls Cloggers, and Leather ‘n Lace. She danced in the Opening Ceremonies of the 1996 Centennial Olympic Games in Atlanta , in the 1997 Easter Parade at Walt Disney World, and in a performance at the Grand Ole Opry in Nashville . Jana took a break from clogging from 1997 until 2005 while she attended college and graduate school and began her career. She came “out of retirement” in 2005 to help instruct the PowerTaps Cloggers. Jana received a BS Degree in Sports Medicine/Athletic Training in 2000 from Valdosta State University and a Master’s Degree in Sport and Fitness Management in 2001 from Troy State University . She works full time as a certified athletic trainer at the Resurgens Orthopaedic Clinic in Kennesaw , Georgia. 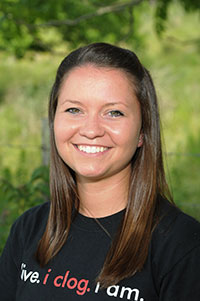 Tori began clogging in 1989, still in pull-ups, but ready for the stage. Tori has not only been a performance clogger, but also a part of several competition teams as well. She has been able to dance with teams such as Southern Motion, Southern Fusion, and the award winning team Toe Jam Time. She began instructing and choreography with the Toe Jam Timer’s at the age of 14, teaching everyone from 2 to 62 years old, and beginner to competition level. She has had the opportunity to use her talents near and far and in ways that not everybody is able. Tori traveled to France in 1998 to participate in an International Children’s Folk Festival. Just a few years later she traveled to London to dance in the New Year’s Day Parade and at Westminster Abbey. Charitable events are by far where she enjoys dancing most. The Oklahoma Bombing, Hurricane Katrina, the Tsunami in East Asia, and 9/11 are just a few of the charities Tori has danced for (with former team Toe Jam Time). Outside of dancing she works with Resurgens Orthopaedics and attends school at Colorade Technical University. 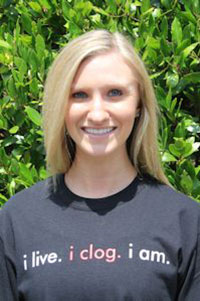 Beth began her dance career in ballet and tap at age five, but it did not take long for her to discover her passion instead lay in clogging. The next 17 years were dedicated to three national champion clogging teams, Southern Belles, Dynamic Edition, and Synergy. Between these three teams, she earned numerous regional and national titles in team, duo/duet, and solo categories, including the 2002 CCA Senior National Champions, 2007 & 2008 CCA Short Duet Champion, 2009 NCHC D1 Master Champions, and 2011 CCA Junior National Champions. She has performed all over the US and competed on national television on MTV’s America’s Best Dance Crew (2009), The Ellen Degeneres Show (2009), and ABC Family’s Dance Fever (2003). Her dance experience also includes Irish step dance, jazz, hip hop, step, tap, and West coast swing dancing. She graduated from Kennesaw State University in 2009 with a Bachelors degree in Exercise and Health Science and from Shorter University in 2012 with a Masters degree in Business Administration. 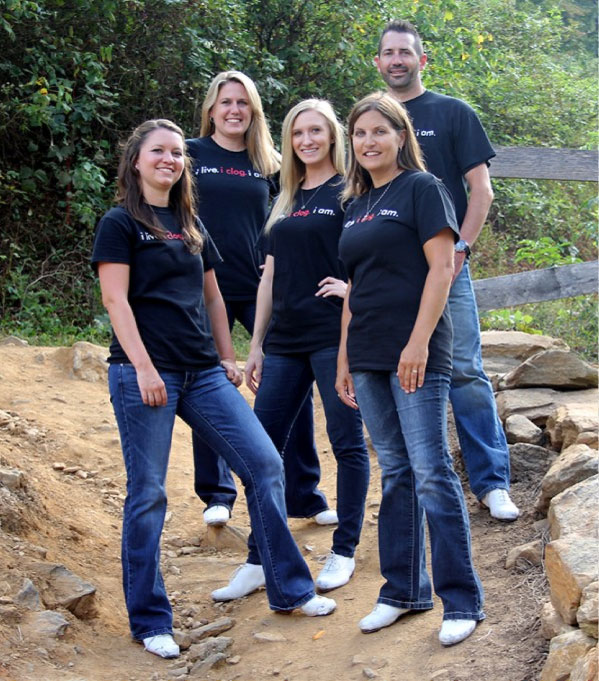